One of Eau Claire’s largest private employment sectors is in Retail Trade, employing over 10,000 people in the Eau Claire Metropolitan Area in stores alone and several thousand more in retail administration. This sector is anchored by Eau Claire’s status as a regional retail center and as the base of corporate operations and distribution for one of the largest home improvement retail chains in the United States.

One of Eau Claire’s largest sectors is in Education, employing over 4,000 people. Major employers in the sector include Eau Claire Area School District, the University of Wisconsin-Eau Claire, and Chippewa Valley Technical College. The city’s educational facilities are a significant part of the area’s local economy and foster a young, well-educated workforce.

Manufacturing and technology play a major role in the Eau Claire economy, centered in the city’s Gateway, Sky Park, and Chippewa Valley Industrial Parks. Manufacturing employs about 10,000 people in Eau Claire and the sector contains some of the area’s largest employers.

In addition to the companies highlighted here, other major employers in this sector include Phillips Medisize, Veritas Steel, and Curt Manufacturing LLC, among others.

Technology development serves as one of Eau Claire’s largest industries and the region has a growing competitive advantage in information technology.

In addition to the companies highlighted here, other employers include IDEXX and Applied Data Consultants.

Jamf: Jamf is an Apple management software company which was founded in Eau Claire in 2002. It is now headquartered in Minneapolis and has grown into a global company. Jamf continues to operate a major customer support facility in Downtown Eau Claire and is one of three facilities with a significant software engineering presence.

Foxconn: The Taiwanese tech giant is planning a major tech presence throughout the state of Wisconsin and has announced an innovation and R&D center at Haymarket Landing in downtown Eau Claire, which will develop new technologies and talent and help new local tech companies grow. At this facility, Foxconn will focus on development of upcoming 8K and 5G technologies. 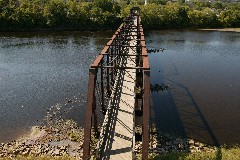 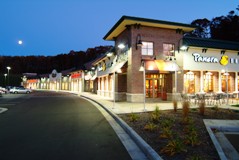